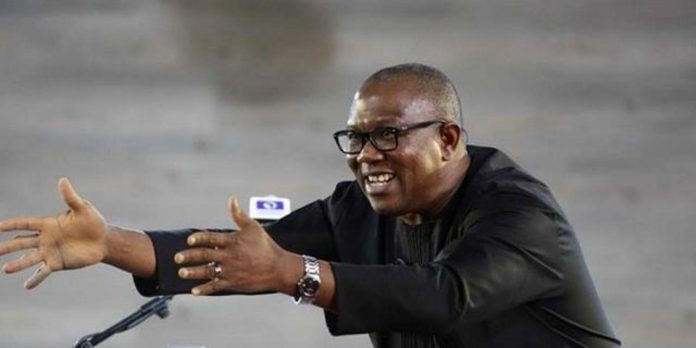 Obedience in itself is not always wrong. I think one way or the other, we all respond to the law of nature. By extension, we are obedient to scientific laws.

The questions then pop up. In what manner are we obedient? What are we obedient to? Should we choose “obedience” outside the scientific rules of society? Read with me, let’s go and verify!

Nature is understood through science, and science is grounded in natural laws. Nature is material and historical. This history shapes our present and determines what decisions we make in the future. When we follow these paths, we’re being scientific and naturally obedient.

We can agree that whatever goes up comes down, yes, in obedience to the law of gravity. Now, it would be faulty and turn out awkward to assume that when we jump, we could automatically continue to go up, without being outside the earth (in the space where another force of motion works) without being powered by another form of physics. If we attempt this, the fall will be catastrophic, because we disobeyed the scientific law, and settled for illusion.

Away from this philosophy of science. Human society, and by extension, the political space where we make choices, should not be dogmatic. Neither should it make us wallow in illusions.

In a 2018 interview, Peter Obi said he invested $20 million in International Breweries on behalf of Anambra State as a governor.

“… Anambra State is the single-highest shareholder in that facility. I invested in it, over $20 million.

“It is worth almost 100 (million dollars) today. That’s what government should do,” Obi had said in the interview with AriseTV.

Obi invested on behalf of the state, WITH whose consent?

While engaging Kadaria Ahmed in an interview, it was revealed that his family (with the company named NEXT) had a share in the said investment and that himself (as said by him – Obi) had a share in an investment he did with banks with state money.

This is even though it was fact-checked by TheCable that he only invested $12.24m in 2014 which was said to be worth just $5.38m, currently.

On one hand, from this data, we can see truthful lies, and a perpetually bent on bad investment.

Without sentiments, we should ask ourselves if this is whom we intend to entrust the future of the country (our collective investment) in his hands.

The summary of the above analyses is that historical knowledge should guide our kind of obedience. History helps us to make right decisions by learning from track records, experiences, and other peoples’ mistakes. When we do this, we are being scientifically obedient and not dogmatically ‘Obidient.’

Without gainsaying, the face of the “Obidient” movement raises a lot of questions. However, we cannot downplay the genuine yearnings of a population of youths who seek an alternative to the two decades of the Peoples Democratic Party and the All Progressives Congress misrule. The youths want out of the ‘different but same’ political regimes that have plunged Nigerian masses into untold hardship and misery.

This genuine yearning for genuine change is the reason why we must get it right, not just at the polls but through our collective actions in the quest for our liberation from the morass that we live in today. These actions do not end at the ballot box. They continue, more importantly, in organizing, our mass actions and willingness to be theoretically and politically informed with the goal of revolutionary transformation in our sight.

A revolutionary alternative is available for the poll in 2023, in the African Action Congress (AAC). It is winning the most consistent radical change-seeking elements to its banner. And it is clear that winning revolutionary power cannot be limited to the ballots. It is the conscious anti-systemic mass action of working-class people who are disobedient in fighting against all forms of exploitation and oppression that will lead to our self-liberation.

Elections are important for several reasons, including providing the opportunity to present alternatives to the masses and mobilize around such programs. But ultimately, the ballots are but a moment in the revolutionary process for societal transformation.

If we really want to be scientific, Obi himself has consistently told his supporters to ‘go and verify.’ So, whether intentional or not for Obi, we can all agree that it is “verification before obedience.”

September 19, 2022
The strike action of the Academic Staff Union of Universities (ASUU) has now lasted for seven months. Unfortunately, there is no end in sight...

This Obedience They Hail