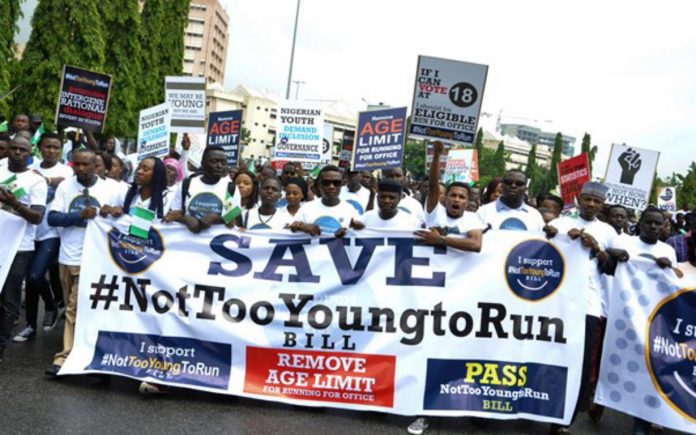 There have been increasing talks about the participation of young people in politics over the past few years. Even the ruling elites, thirsty for some validation of this rotten system have joined the furor. It is open season for pandering to young people. All the old guards, captains of industry, party chieftains, state security services, indeed, almost everybody, have something nice and warm to say about young people becoming the leaders of today.

Of course, it is very easy to see from their actions that a lot of this is hypocritical virtue-signaling. Nevertheless, beyond these platitudes lie serious ideological questions.

What are the limitations of youth politics as it exists in our society today? What form has it taken in a society like ours that is characterized by class rule? By the domination of those who own the factories, who own the oil and gas concessions, the plantations, the land? Those who control distribution, who run the docks, who own the electricity generation and distribution companies? What are the limits of the youth themselves in such a stratified society?

We are, after all, products of our society. We carry in us its logics, its injustices, and flaws, and must either unlearn and consciously wage a war against its brutality or accept and perpetuate it.

To reduce it to simply turning out to vote or running for office, like politicians are wont to do, is to obscure the real, urgent, pertinent questions that we as young people must confront. In this article, I will try to address a few of these issues which the bourgeois and reactionary sectors of the political sphere would rather sweep under the carpet.

Class: There is this myth that is being pushed aggressively by certain sectors of the ruling class, a myth that permeates youth politics. It is the essentialism of age. It is the connecting of acts of class domination to the age of our ruling class.

The federal government just borrowed billions of dollars to invest in Dangote’s goal to have a monopoly on the local refining of crude? These old people. Did the National Assembly just vote for more money in remuneration for themselves? These old people. No job? Crumbling infrastructure? Worsening Security crisis? Expanding police state? These old people. They have no new ideas. What we need is young people in office.

The ideology of capitalism and the state brutality that is required to prop it up is obscured behind the shiny object of age. And as a consequence, more young people in positions of power is peddled as the solution to our state of crisis. The Nigerian upper class, particularly those educated in Western Universities, believe in this empty politics as the way out of the failures of this country. They waged a serious campaign under the banner of Not Too Young to Run and they won, and several young people surged into the political arena vying for local government chairmanships, and seats in the states houses of assembly, the house of representatives, the senate, even for the presidency. And with some, even if limited, success.

But in what way does something like this actually materially benefit the masses of young people who are overwhelmingly poor, who still have no jobs, who could never dream of launching any bid for any political office, who are STILL politically disenfranchised and, despite how much they vote, have zero say in the actions of the state which continues to unabashedly represent the interests of the capitalist ruling class, foreign and domestic?

What difference does it make that now the children of Nigerian millionaires and billionaires can run for office? What difference does it make that now they can participate in primaries of the major political parties that do nothing other than conferring legitimacy on the duopolistic dictatorship of the APC and PDP? What difference does it make that they can get into the National Assembly and call themselves representatives of the youth while they continue to represent their own class interests, while the masses continue to die of destitution, while our education system continues to be hollowed from within, while the mass of young people remains politically dispossessed? These are the crucial question we must ask ourselves. This papering over of class warfare with youth participation rhetoric, who is it really for?

Anti-Intellectualism: The thing about youth essentialism is that it presupposes that just

because young people are young, they are more mentally attuned to facts than the rest of society. But what we are witnessing in Nigeria and the world over is that young people are still products of their society. We are just as susceptible to being poisoned by misogyny, queerphobia, ableism, classism, ethnic bigotry, etc.

Rising above this is a conscious deliberate act that is not automatic but comes through historical and material analysis. We cannot simply believe in our open-mindedness as young people. Was it not young people who cheered on after the police raided Bobrisky’s birthday party?

Was it not young people who turned on queer protesters right in the middle of the EndSARS protests? Do we not witness every day the capacity of young people for homophobia, transphobia, ableism, ethnic bigotry, misogyny, this list is endless.

We know for a fact that electing young people will not necessarily pull us from the abyss. We have the evidence. As I write this, the national assembly has launched a renewed attack on queer Nigerians with a bill to amend (extend) the Same-sex Marriage (Prohibition) Act being pushed through the Assembly. It was introduced by one of the youngest representatives, 35-year-old Umar Muda Lawal from Bauchi State. And so, a crucial question is how to spark a revolutionary condition of constant learning and unlearning, in community with each other, education that is capable of arming us against this system of brutality whose goal is to keep us downtrodden. It is increasingly clear that this learning is very necessary.

Revolutionary Consciousness: Most importantly, we have been robbed of liberatory education. We have been inculcated with a bourgeois consciousness that beclouds even what we dream of as liberation. Why else would we think of voting for a slate of individuals every four years and then not having a say on how they misrule until the next election cycle, as democratic?

Why else would we be so invested in maintaining this hierarchy of violence so long as we are above some people? We, like the rest of Nigerian society, have an abused consciousness that we carry forward. And it becomes dangerous when it meets the social pestilence that is youth politics as it exists today. Because when we are uncritical of how much we are products of our societies, we will only end up perpetuating all its ills.

What has become clear is that we must exceed the ceiling of imagination that capitalist society has set for us. We must imagine and imagine without bounds. A new society where the masses have control of the state is possible. A society where we are building towards the total elimination of inequality and poverty is possible.

A society where our participation goes way beyond choosing who will oppress us for each four-year period, where we actually have a say in what happens in our communities, in our schools, and our workplaces, is possible. A world beyond capitalism is possible and if we do not imagine it, how will we ever organize to fight for it?

If we are stuck on bourgeois youth politicking, celebrating every new billionaire’s child that becomes a state commissioner or is elected to the national parliament if we continue to throw our energies behind youth parties that have no liberating ideology to offer, only platitudes about being the leaders of today and tomorrow, how will we ever leave the trenches?

We must radically commit ourselves to the discomfort of constant learning. We must question everything so that only those that stand up to reason are retained. That is the only way we can shed the scales of the old society.

We must look within and critically interrogate our internalized ethnic bigotry, religious fundamentalism, sexism, ableism, queerphobia, classism, as well as the capitalist indoctrination that teaches us to value ourselves and each other based on how much money we can earn.

We must critically question the (il)logics of this society. Its relationship with land autonomy, resource control, and distribution, and its commitment to capitalism instead of deploying state resources to industrialize our economy sustainably and build social infrastructure. We must work, consciously, towards the synthesis of a revolutionary praxis through which we, in communion with the rest of the oppressed masses, can wrest Nigeria from its destructive spiral into fascism.

We must understand that “youth” is not an ideology, that the youth are not a monolith, and are instead stratified along the same lines as the rest of society with the very privileged at the top and the masses at the bottom. And it is our historical task to tear down this class hierarchy. We as revolutionary youth must understand that we have a struggle to wage, an oppressive society to dismantle, and a new socialist one to erect in its place. Like comrade Thomas Sankara said, “We must dare to invent the future.”

November 27, 2022
If life is the point, then for every human alive, our original sin is opting to continue to benefit from a system rigged to...