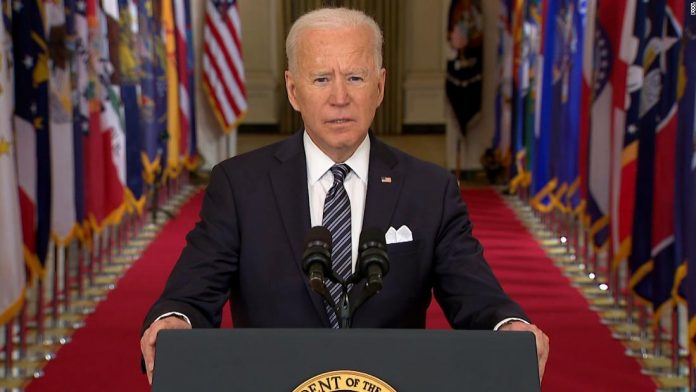 The four inglorious years of Donald Trump as president of the United States ended with a narrow loss to Joe Biden. Trump’s administration helped mainstream racist politics up to the eve of his departure. His grumpy attempt to use these forces to stop parliament’s confirmation of the victory of Biden on 6th January failed.

But it helped boost the warmth of welcome for Joe Biden as a breath of fresh air. Capitalising on this mood, Biden swung into action to secure legitimacy for himself and the office.

He reversed some of Trump’s executive orders such as construction of a wall on the border with Mexico, travel ban on several largely Muslim-populated countries, and restrictions on the use of government funds to support reproductive health measures in foreign countries.

He brought the United States back into the World Health Organization and increased access to COVID-19 testing and vaccination. A second $1.9 trillion pandemic relief fund was also put before congress.

Concerns for the environment were not left out. The United States re-joined the Paris Agreement on climate change. The Keystone XL pipeline which activists condemned for the various adverse consequences it will have on biodiversity, global heating, and dispossession of Native Americans from parts of their limited lands was promptly cancelled.

Several unions and the civil society movement have been waging the #Figthfor15 campaign for several years, winning some level of victory in about eight states. If it becomes the federal minimum wage, workers could fight for higher wages as the minimum in many states.

This honeymoon period overtures do not actually represent the administration’s putting working people first before capital. Biden is only trying to restore the credibility of the American ruling class, which was seriously battered politically under Trump, and kickstart the lagging profit-making machine of capital. Credibility is important for establishing a sense of stability and legitimacy for the bosses, particularly in a period of social and economic turmoil, such as now.

It did not take long for the administration to start showing its true face, or better put, his actual two-faced politics. He continued supporting the $15 minimum wage in public, even after democrats in parliament struck a deal with republicans to remove the increase from the stimulus.

But in a leaked personal conversation, he had already conceded to a group of governors that the increase would likely not materialise because of the need for “reconciliation”. He then urged them on the need to prepare for that eventuality.

Biden had always been seen as the democrat best suited for reaching “bi-partisan” consensus. But the idea that there is any major difference between democrats and republicans is a myth.

As Noam Chomsky observed several years, in the US, there is basically one party – the business party. It has two factions, called Democrats and Republicans, which are somewhat different but carry out variations on the same policies”.

They have equally introduced policies that undermine the wellbeing of workers, and waged imperialist wars in defence of global capital and America’s leading economic and political role in the capitalist world.

The cities and states whose leaders he asked to prepare will also lead attacks against working people. Austerity measures are already being introduced in some cities like New York with cuts in public spending.

Large numbers of workers delivering these services have already been sacked. Many more are likely to lose their jobs. At least 40 million people will become homeless by the end of March, as the moratorium on residential evictions put in place last year due to the pandemic expires.

The half-hearted Keynesian economic agenda of the administration cannot solve the deepening social and economic crisis. Far right organisations which were emboldened by the Trump era will mobilise around the emerging anger and frustration.

Most unions will try to dampen the fighting spirit of the working-class and call for understanding for Biden. But there will be an upsurge of rank-and-file activism. Workers will fightback with strikes and protests for improved wages and workplace safety.

As Iannis Delatolas and Clare Lemlich of the Marx21US point out, the “socialist left must place itself at the heart of those struggles”. Socialists will also have to; counter any illusion in the democrats, stress the linkages between workers exploitation and racist oppression, and show the country’s imperialist politics which has helped spread wars and poverty across the world for what it is – an integrative continuation of the bosses’ domestic policies which make life worse for working people in America.

Biden’s honeymoon with the 99% is coming to an end. The general crisis of capitalism is all set to get worse. Working-class people’s struggle in the workplaces and communities for wages, better working conditions, employment, and against evictions, racism, and police brutality, is more important now than at any time earlier.

The New Deal was not given out of benevolence. It was a concession to similar struggle in the wake of the Great Depression. Workers need much more than the New Deal today. But to even win anything close to the New Deal, working-class people must fight like hell now.

We Must Stand United Against Trump And The Insurgent Far Right

The Fire This Time I 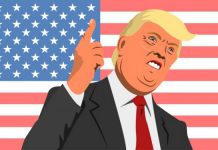 Why do We Hate Trump?

SWL Condemns Violent Attack on Students and Demand Justice for the...