Farmers from Goi, Oruma and Ikot Ada Udo (in Rivers and Bayelsa states) won a lawsuit against Shell, the Anglo-Dutch oil giant, at the Appeal Court in The Hague, Netherlands on 29th January.

Shell was ordered to pay the farmers compensation and clean up their farms which were destroyed by a 2008 oil spill. The British Supreme court also ruled, on 12th February, that over 40,000 people from the Ogale and Bille communities in the Niger Delta, whose lands and waters have been destroyed by Shell’s explorations could claim compensation for pollution.

These legal victories, which were won with the support of Friends of the Earth Nigeria (FoEN) and Environmental Rights Action (ERA), are welcomed developments. But, as Chima Williams, the ERA executive director noted “the problems caused by the immense oil spill from Shell’s pipelines have still not been resolved after 13 years”.

This is thus a time for us to put the terrible state of the Niger Delta in sharp perspective once again and deepen the struggle for environmental and social justice in the region and the country.

The Niger Delta is home to Africa’s largest biodiversity hotspots. Several species of animals, fish, birds, and insects populate its mangroves, barrier islands, freshwater swamps, creeks, and lowland rainforests. These were in harmonious balance with social and economic activities of the peoples, such as farming and fishing, for centuries.

All these changed after oil was discovered in commercial quantities in 1958. The situation got worse with the oil boom of the 1970s. Working in collusion with the Nigerian state and elites who also benefit immensely from the oil wealth, international oil companies have systematically despoiled the Niger Delta for decades.

Ecosystems have been destroyed and the lives of the poor working peoples devastated. Oil spills have led to serious pollution of their farms and the rivers they fish from. More than 100m barrels of oil was spilled into the waters, swamps, and lands of the region from 1960 to 1997 alone, according to a 2010 report by David Moffat and Olaf Linden.

Shell, which is the largest and most influential oil corporation in the country is the number one culprit. And it has always done all what it can to avoid culpability. When the poor masses speak out, they are repressed. Shell has helped arm and provide logistics for security forces to suppress pressures from below.

A classical gory example of this was the November 1990 Umuechem Massacre. With the active support of Shell, the Mobile Police Force descended on the community with machine guns and grenades for protesting Shell’s activities. Scores of people were killed.

The long-drawn struggle of the Ogoni people is another worthy case. Their strategy was civil disobedience. But the response of Shell and the state, has been bloody repression. It took court cases in Britain and the Netherlands for Shell to accept culpability for polluting Ogoniland and the Niger Delta in general in 2008 and 2013, respectively.

The 2011 “Environmental Assessment of Ogoniland” report of the United Nations Environmental Programme (UNEP), showed the depth of carnage that oil exploration has brought on Ogoniland and its people. It pointed out that it would take 30 years to reverse this great damage and called for immediate action to be taken for clean-up and restoration.

The federal government launched a $1bn clean-up and restoration programme only six years after. And nothing was done until January 2019 when some engineers were moved to site. This was obviously to shore up support for the ruling APC at the February 2019 elections.

Nothing tangible has been done there now for the past two years. Last year, government claimed they were hampered by the pandemic. But oil exploration continued despite COVID-19! We must demand concrete action for the clean-up of Ogoniland and the entire Niger Delta without any more delay.

Capitalism is all about the exploitation of poor working people and destructive bleeding of the earth. This is because the bosses who run and benefit from the capitalist system care only about profit. And they are ever ready to expand their profits at any cost. That is why there is so much poverty in resource-rich lands, and the planet is in a state of peril from the climate crisis and biodiversity loss.

We must fight to end this destructive and oppressive system. As we wage struggle to overthrow capitalism, we must utilise every avenue we can to limit and weaken the powers of the capitalists.  They must be made to pay for the havoc they create and restore our lands. 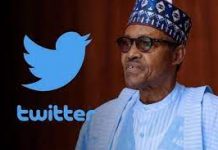