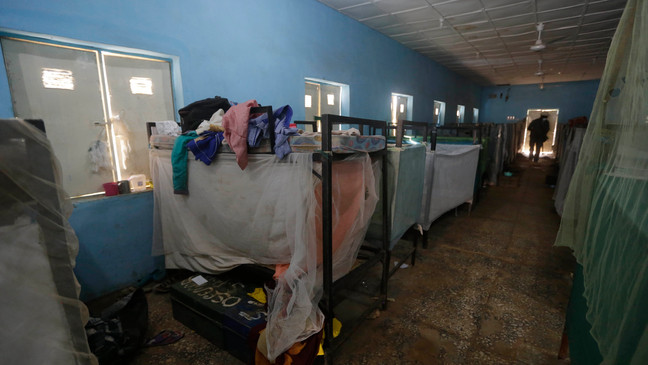 The Coalition for Revolution views the abduction of over 300 secondary school pupils in Katsina state with grave concern. The responsibility for this worrisome development rests squarely on the regime. We call for the release of the abducted pupils of Government Science Secondary School, Kankara.

The extent of killings and abductions, particularly of poor working-class people and their children, has become unbearable for the mass of the population. Our rulers are more concerned with preserving the lives and prestige of the high and mighty.

While the waves of violence also touch the rich, they are more likely to get out alive – paying ransom or leaving the country – than the hundreds, if not thousands of poor hapless people who lose their lives to senseless violence, every year. More than a million poor Internally Displaced Persons also face violence over and over again in the IDP camps.

As we rise up to the challenge of struggle to bring back the GSS School boys and as well putting an end to this incessant violence against the people, we need to be clear about what is happening in terms of response by the elites and why.

The large turnout of senior government officials to Katsina state for example was more to shore up the prestige of Maj. General Muhammadu Buhari who as president was on a personal visit to Katsina state, where he hails from, than out of concern for the abducted boys and their families.

That is why it was to president’s home at Daura that they flocked and not to Kankara to visit family members of the abducted boys. That is why they were not bothered with making similar visits to Zabarmari when rice farmers were killed by Boko Haram barely two weeks earlier.

The regime has once again expressed empty commitment to a hollow “safe schools” policy after this abduction. Government officials’ children and wards do not attend schools like the: Government Science Secondary School Kankara; Girls Secondary School, Chibok, or; Government Girls’ Science and Technical College, Dapchi, all of which are vulnerable and have suffered severely violent attacks and abductions.

The children of poor workers, farmers and artisans have been left in the eye of the storm of murderous violence which continue to rage due to the policies and incompetence of the regime for too long. This must be stopped.

APC like PDP has shown itself incapable of ensuring the physical as well as the economic security and wellbeing of the vast majority of Nigerians. In the light of the APC government’s utter failure to safeguard life and security, we demand dissolution of government.

The worsening state of insecurity across the country cannot be reversed on the basis of social and economic policies which lead to increasing joblessness and hopelessness for an increasing number of young people who have turned to banditry in its different secular and religious forms.

As stated in the CORE Charter for Total Liberation, an effective and democratic end to insecurity requires guarantee of the physical, food and economic security of all. And this can be done only with the concerted efforts of the working people. We must be our own liberators.

CORE thus supports the protests which rocked Katsina demanding the rescue of the pupils. We empathise with the parents of the kidnapped boys as they call on the government to bear its responsibility for this painful event.

This is a first step. The regime has consistently failed poor Nigerians. We cannot have faith in it. This bungling government of the elites who are not concerned about us must be made to resign. We can also not rely on any government of the rich people whose children are in the safety of their mansions and overseas to safeguard our lives or the lives of our children.

The bandits out of government who carry out these abductions and rampant killings can be stopped only be we ourselves. We must be our own liberators. The poor masses must be able to arm themselves in self-defence against continued raids by bandits or armed sectarian groups. Every Nigerian who has a right to vote must equally have the right to bear arms. We demand the people be trained and armed.

The poor masses must draw lessons from the decade long carnage and resistance in the north east. We must not let the Kankara abduction pan out like the Chibok kidnapping. And the armed people must organise – independent of the army. Resistance to Boko Haram by the Civilian JTF in Borno has petered out with their incorporation into the Nigerian Army. We must not repeat the same mistake.

November 29, 2022
The passing of the Students Loan Bill by the Senate in November signals dangerous years ahead for working-class families and their wards who aspire...