The 60th anniversary of Nigeria’s flag independence was marked by #RevolutionNow protests across 20 states and the launch of a 12-point Charter for Total Liberation by the Coalition for Revolution.

Working-class people and youth constituted the force behind the anti-colonial struggle in the 1940s-50s. The 53-day general strike for increased Cost of Living Allowance (COLA) in 1945 was a turning point in Nigeria’s history. That was when the British started thinking seriously of leaving.

The middle-class nationalists wooed the working-class. But by the 1950s when the colonialists showed that they were ready to hand power over to these local elites, they threw aside the workers and poor farmers. And from 1960 till date, the local capitalists have been feeding fat while poor working-class people get poorer.

The situation has become worse in the past few decades. With privatisation, casualisation of labour and deregulation the masses have been faced with worsening standards of living, rising unemployment and lack of access to basic social services. The government has been as repressive as those of the military regimes which working-class people fought to a standstill in the 1980s-90s.

This is a manifestation of the capitalist system. Worldwide, as the COVID-19 pandemic has further revealed, there are wide gaps between the handful of stupendously rich people and the immense majority of the population who are poor.

The 26 richest billionaires in the world have as much wealth as half of the global population i.e. 3.8bn people! And in Nigeria, the wealth of just 5 billionaires is enough to totally wipe out poverty. So, we can see that there is much more than enough social wealth for us all to have better lives. But the few people who benefit from the exploitation of our labour and natural resources will not simply hand over the wealth in their hands for equitable distribution.

We must take it back from them: our wealth, dignity, and liberty. This means we must emancipate ourselves from the clutches of the bosses. This, our total liberation, can be won only through revolutionary struggle.

The CORE Charter for Total Liberation is a programme for such struggle. In clear terms it puts forward what we must fight for and establish with defeat of the bosses and their capitalist system.

These include: quality social services and housing for all; living wages and decent work; an economy that works for the people; transformation of the informal economy; gender equity, social justice and liberty; environmental justice; a working-class people’s state, and; international relations based on struggle and solidarity of working-class people across the world.

The struggle to realise this programme for total liberation is one which we must all wage together. Now more than ever, workers and youth must unite and fight, to make sure the labour of our class heroes past is not in vain, to emancipate ourselves and leave a better world for generations to come. 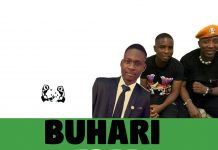 SWL Calls for the Immediate & Unconditional Release of Sowore and Others

SWL Calls for the Immediate & Unconditional Release of Sowore and...