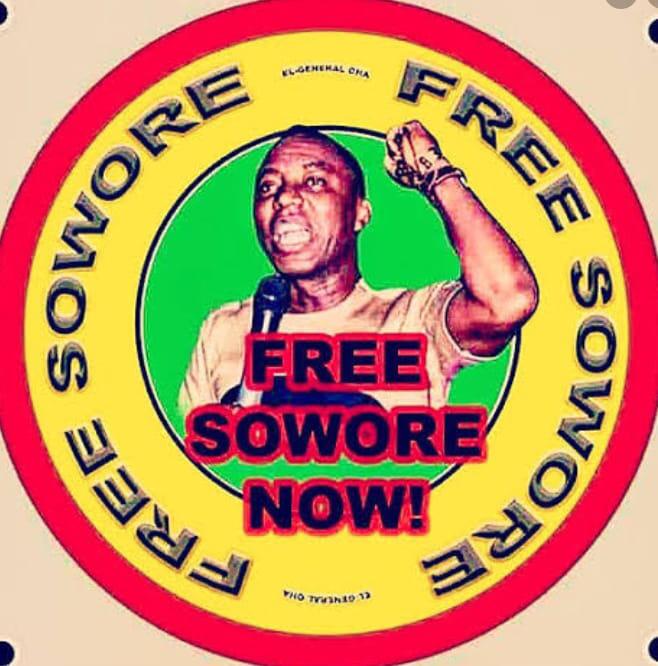 Socialist Workers and Youth League (SWL) demands the immediate release of Omoyele Sowore, National Chair of the African Action Congress and Adebayo ‘Mandate’ Olawale, a leading member of the party in Osun State. On Tuesday, the Federal High Court in Abuja ordered the Directorate of State Services to release Omoyele Sowore with conditions, including submission of his international passport to the state. All the bail conditions were immediately met. But the DSS has refused to release him.

This anti-democratic manner of disregarding court rulings has become a trend under the Buhari-led APC regime. It is a sign of incipient neofascism and must be resisted. Working-class people and youth must not allow such tyranny to continue.

Authoritarian display of power by the regime does not just affect Omoyele Sowore, Agba Jalingo and Olawale “Mandate” Adebayo as individuals. Democratic rights won through struggle first against the colonial masters and then military dictatorship, are being rolled back before our very eyes. This cannot be condoned.

The arrest of Omoyele Sowore, Agba Jalingo, Olawale “Mandate” Adebayo and attacks on other #RevolutionNow activists are assaults on the democratic rights of Nigerians particularly the poor working people. The 5-CORE demands of #RevolutionNow represent the yearnings of the immense majority of Nigerians, advancing people-centred alternatives for social change. The Buhari-led Government and the bosses’ system – (capitalism) -are toxic to working-class people.

It is we, working class people, that can rise to end hardship and oppression which have become our daily “bread” under this regime. Our struggle is for system change. Another world is possible, but we have to fight to win it. We urge working-class people to intensify the demand and fight for the release of Omoyele Sowore and Olawale “Mandate” Adebayo and the freedom of Agba Jalingo and all other political prisoners who represent the interest of the masses and youth.

We call on all seeking for real social change to join us as we continue to fight for a system that puts the popular masses first.