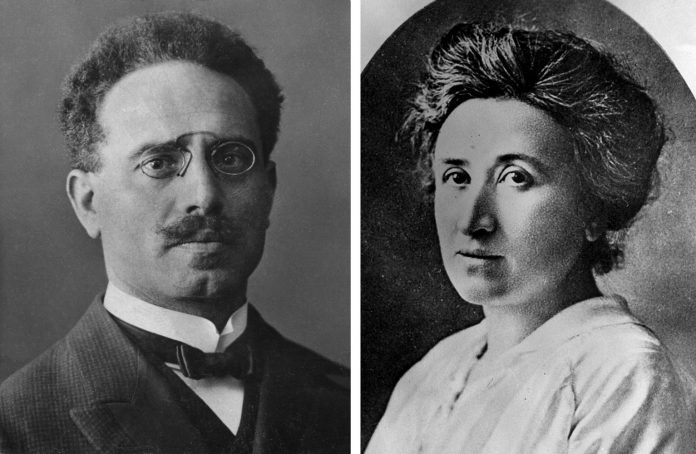 Rosa Luxembourg & Karl Liebknecht were murdered a 100 years ago on the orders of Gustav Noske, the self-declared “bloodhound” of reaction in the name of restoring “law and order” with the acquiescence of Friedrich Ebert and Philip Schiedeman.

These three “gentlemen” were leaders of the Social Democratic Party of Germany (SPD) which Rosa and Karl broke away from for its betrayal of the working-class.

Rosa and Karl then formed the Spartacus League, which later became the Communist Party of Germany (KPD). This was a period of war and revolution. World War 1 was obviously coming to an ignominious end for the German bosses. This was as the Bolshevik revolution in Russia inspired workers and sailors in Germany who established Councils/Soviets and ran society in different parts of the country including Hamburg and Bavaria.

The Emperor abdicated power. And who took over to salvage the collapsing bourgeois order? None other than the SPD, which had once been the self-claimed torchbearer of Karl Marx’s. And Friedrich Ebert emerged as president of what was known as the Weimar Republic, and indeed as president the first president of Germany. But he emerged with blood on his hands.

With the aid of “freikorps” as they were called (these were the nucleus of what would later grow into the right-wing Nazis led by Adolf Hitler into precipitating World War 2), the SPD government had Rosa and Karl murdered in the most gruesome manner.They were severely tortured and then executed on 15 January 1919.

Rosa’s body was then dumped in the Landwehr canal in Berlin, while the body of Karl who had been shot was unceremoniously and anonymously handed over to a morgue at the Tiergaten.

But today Rosa & Karl’s ideas outlived the traitors of the SPD, helping to shine the light of perspective on the thinking of generations of activists after them int he struggle to win a new, better world. And in this, they live forever.

Viva Rosa! Viva Karl!
We have a world to win!!