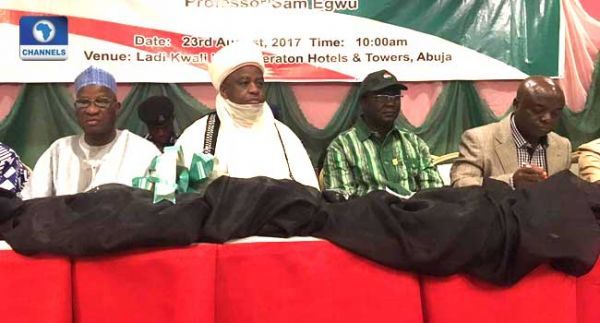 Restructuring has been one of the most used words in political discourse in the country, over the last six months. The trade union movement has entered the arena of this debate. NLC organised a conference on the subject in August. It was also at the heart of its October 2 symposium to commemorate Independence Day, with the theme “making Nigeria work for all.”

At the August conference, Adams Oshimhole a former populist president of Congress was booed by workers for saying the call for restructuring was nothing but a ruse by politicians who lost in the 2015 general elections. NLC has been more critical in its perspective than its former president.

It has repeatedly noted that different social groups mean different things when they talk about restructuring. And while Ayuba Wabba, the NLC president called for a platform on the matter, which the trade unions would participate in, with other social forces, during the October symposium, he stressed that restructuring Nigeria cannot be a substitute for good governance.

“Crisis of good governance” he said, “is exemplified by the massive corruption” of the elites. He further said, “the refusal by a number of states government to fulfil their elementary obligations to their workers by not paying salaries and pensions as at when due”, and called for a return to the developmental state, which appeared to have been successful in driving modernization, giving China as another example of the successes of such developmentalism.

Establishing the primacy of workers’ rights and interests for any progressive restructuring is a step in the right direction. But while there is indeed a crisis of governance by the elites, this has deeper systemic roots in the nature and history of capitalist development in general, and in Nigeria.

Interventionist capitalist states including in such countries like China could serve the purpose of modernization of society, macroeconomic planning and regulations to foster industrialisation. But they do this as instruments for the expansion of capital, and the continued subordination and exploitation of labouring people to the rich and powerful.

One hundred years ago in Russia, workers showed us the way forward – overthrowing the yoke of capitalist exploitation and oppression. Reformist restructuring under any guise, including a developmentalist state merely plays into the hands of the bosses.

Revolutionary restructuring, which working-class people must institute on seizing power would engender balanced socio-economic development and ensure democracy is an integral element of everyday life. Our workplaces and civic life would be under the democratic control and management of we, the working-class people, and not reduced to the right to vote for one set of oppressors or the other every four years.

We must fight to win the battle of ideas and power, to establish a workers’ government. This requires building a working-class people’s party based on a socialist programme. Working-class activists must call on the trade union movement to live up to the challenge of playing its role for the establishment of such a party, now.

AAC and the 2023 Polls: Election and Revolution

September 19, 2022
The strike action of the Academic Staff Union of Universities (ASUU) has now lasted for seven months. Unfortunately, there is no end in sight...

This Obedience They Hail