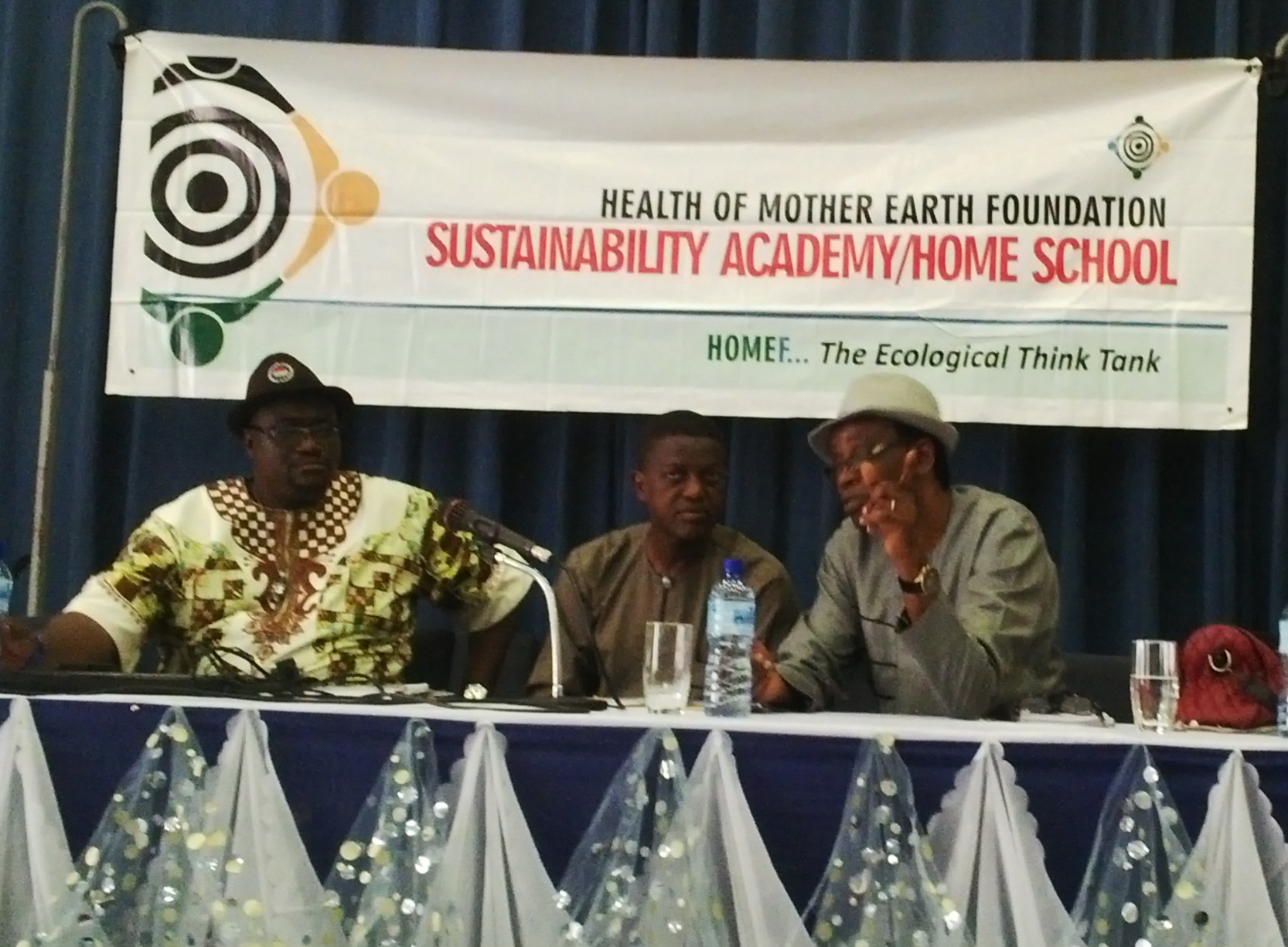 The for-profit logic that guides extractive industries places workers in that sector and the communities where extractive activities are carried out in mortal danger. This was the view expressed by most participants at the Home of Mother Earth Foundation (HOMEF) Sustainability Academy held at the Yar’Adua Centre of June 29.

The Academy’s Instigator, Baba Aye, Deputy Secretary General of the Medical and Health Workers’ Union while presenting the lead paper noted that workers face: physical, biological, chemical and psycho-social hazards. These do lead to physical impairments, psychological trauma and even death.

He identified the extractive sector as encompassing economic activities in: agriculture, mining, and the oil and gas sector. He noted that Occupational Safety Health and Environment (OSHE) policies are not strictly observed by most firms in the sector. The inadequacy of factory inspectors and political influence that curbs their activities, particularly in Export Processing Zones has further compounded the risks confronting workers.

The case of lead poisoning resulting in the death of more than 400 children as a fallout of artisanal gold mining came up for discussion. The role of big business in getting poor people risk death for pittances while these bosses make a killing in terms of profits was observed.

The state of the environment and the health of extractive workers, participants agreed are tied to the nature of the political-economy of a society. Capitalism cannot but lead to the despoliation of the environment and compromising the health of workers, artisans and other members of communities. The struggle for environmental justice must thus be seen as and fought as part of our struggle as the working class for the overthrow of this exploitative system and the reconstruction of society on the workers’ democratic basis of socialism.

United in Struggle Against the Climate Crisis – for System Change NOW!

Save the Earth – REBEL!

January 24, 2020
Nigerian trade unionist and activist, Lai Brown, argues that annual debt servicing in the country has a debilitating impact on the poor. In a...