A pertinent question for working class activists, nearly three month after the swearing in of President Buhari, must be how ready is organized labour to engage with the current administration, in the interest of the working class? Related to this is another salient question: what should be the nature of such engagement?

The labour movement, encompassing the trade unions and radical civil society organizations, including socialist groups, has been at the fore of different struggles for the emancipation of the teeming mass of poor working people since the struggle against colonialism, till date.

But a lot has changed over the years. The engagement of these forces used to be grounded in radical ideology; aiming to change the world for the better. But now, most of them have bought into the seeming “objectivity” of the rule of the bosses. But nothing can be further from the truth. No matter how apparently committed to “change”, all parties of the bosses stand first and foremost for the defence of the exploitative system of capitalism.

We must not think that it is too early in the day to raise agitations because the government is just three months old. We must seize the initiative in demanding pro-working people policies and programmes. If we do not dare to struggle, we cannot dare to win.

While the bosses’ parties stand for the interests of the exploiter classes, the extent to which they can oppress us is partly determined by our readiness to fight on the basis of clear cut ideas and political alternatives.

The trajectory of the government’s dealings with the working masses at the federal, state and local government levels since the transition to civil rule in 1999 speaks of outright deceit and the poor being used and dumped. In fact, there is no basis for trust between labour unions and government. The government mostly exhibits a deceitful attitude when it comes to workers conditions of service and welfare.

As we all know, the promises that are made by government, most of the time, remain largely unfulfilled or reversed. To this extent, it is proper for workers conscientization to be broadened and espoused strongly and continuously on the basis of a socialist programme.

The 2015 general elections show that the masses are tired of the traditional parties. But in the absence of a strong and genuinely workers’ party, they turned to the “change” promise of Muhammadu Buhari and the APC. But we can already see that there is little if any difference between APC and PDP politicians from the pitiable drama in the National Assembly and the government’s failure to address any of the workers’ many demands.

It is high time that the trade unions wake up to the need to build a strong workers party. This should gallantly engage in elections, but also take politics beyond the polling booths to the workplaces and communities. It is obvious the regular politicians and our domestic capitalists have continued to exploit, oppress and degrade the workers and other poor people to fulfil their quest for profit.

We must not be fooled by the call of President Buhari, in his inaugural speech, for responsible labour unions. What this translates into is pliant trade union leadership that will be malleable to the capitalists. In reality we need a strong and independent trade union leadership to lead the fight for the payment of arrears of salaries, an increase in the minimum wage and the end to privatisation and deregulation.

Things are not always as they appear and we must look deeply into the seemingly objective calls of the bosses. As Karl Marx pointed out, “there is no royal road to science, and only those who do not dread the fatiguing climb of its steep paths have any chance of gaining its luminous summits”.

We as workers must beam our searchlight on the bosses, not just in pursuit of reforms. We will welcome and defend reforms won in our engagements, but our ultimate goal must be that of overthrowing the capitalist system and building a socialist society on the basis of solidarity, cooperation and social justice.

They Dared to Struggle! Release the 43 Activists Unconditionally – Drop All Charges! 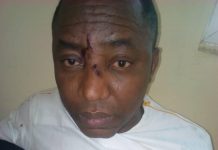